How we created a highly refined and extremely successful end to end ecommerce solution tailored to the mobile revolution.

Gill Rustidge from Zizzi had an existing website, built at the time of starting her business in 2010. The business, however, had evolved from its inception, and Gill knew both the website and the brand needed rejuvenating, but didn’t know where to start. Gill was also looking at ways to sell to end consumers without compromising her relationships with her existing retailers. She still wanted retailers to be able to buy wholesale through the site at their convenience though.

Gill wanted to update the online brand presence in look, feel and functionality. She wanted to update the image to reach a wider age range in her market, and give both her retail clients and end consumers an enjoyable, simple and streamlined process that made them feel as fabulous as the slippers, beauty bags and accessories they were investing in. Being a relatively new business, budget was also a concern, however Gill knew she needed to reinvest in a fresh, more commercialised online presence. 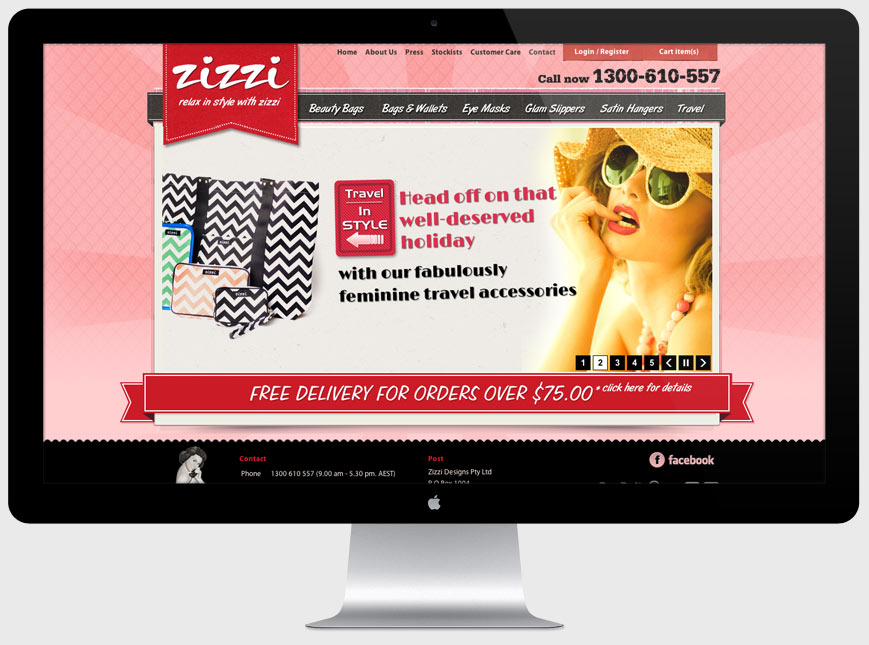 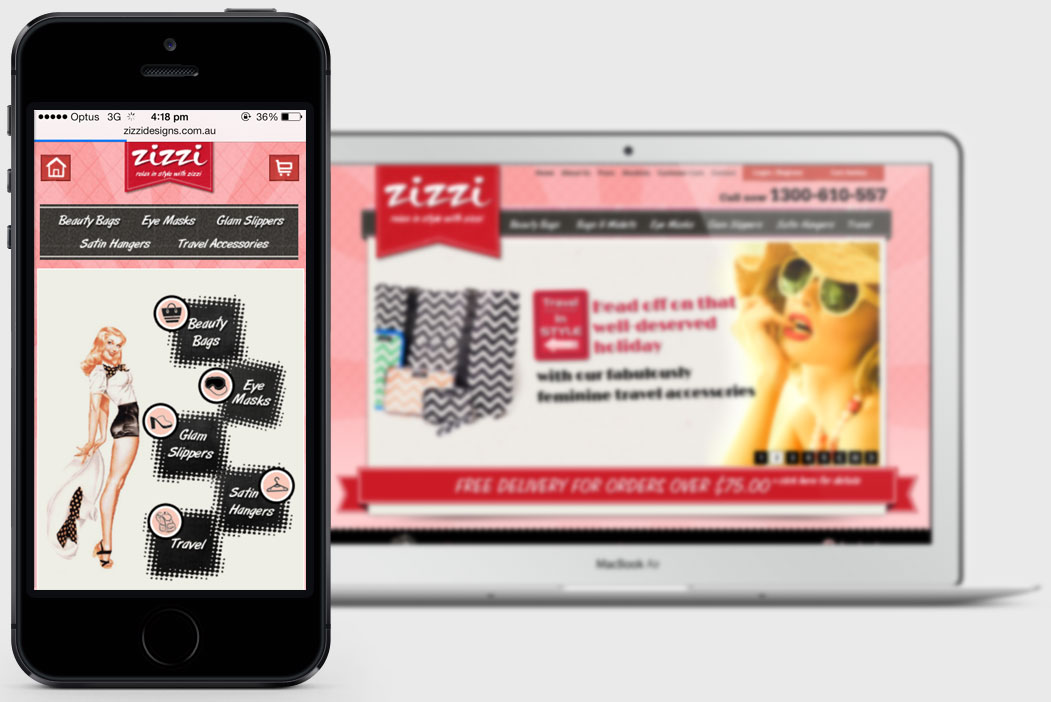 Recommended to enflexion by brand and marketing consultant Michael Neaylon, Gill was instantly impressed in the first meeting with enflexion’s attention to detail. She was struck by his marketplace savvy, and his creative team’s arresting visuals, backed by Drew’s insights and forward thinking strategies on how to help Gill reach her target market.

The site resulted in Zizzi branding to align with fun, flair and affordable luxury of the products. Zizzi instantly gained more attention from existing clientele and reached a new, younger market. The new layout and navigation made it easier for Zizzi’s stockists, with the ease of single sign in through Facebook and the ability to share their Zizzi purchases on their Facebook page instantly with their own customers, giving a valuable preview of the products before they even came into store.

Given the same smart functionality, end consumers were also able to rave about the products with the Facebook integration. Both retailers and end consumers bought in the first weeks the new site was up, attracted by the online shopping cart’s safety, security and ease.